If you have or are building a 1937-1942 Willys gasser for street or strip you’ll need these Willys gasser frame plans to replace that 75-year-old, thin, flimsy C-channel frame. Even with a mild build you’ll be increasing your Willys’ horsepower by over 500% and it’s weight by over 25%. With this jumbo-sized 16-page detailed plan set, you can build your own economic, safe, modern Willys Gasser Frame for street or strip. We include all the drawings you need with detailed dimensions, material specifications, assembly instructions and itemized bill of materials. For more info, see the detailed Product Description below. 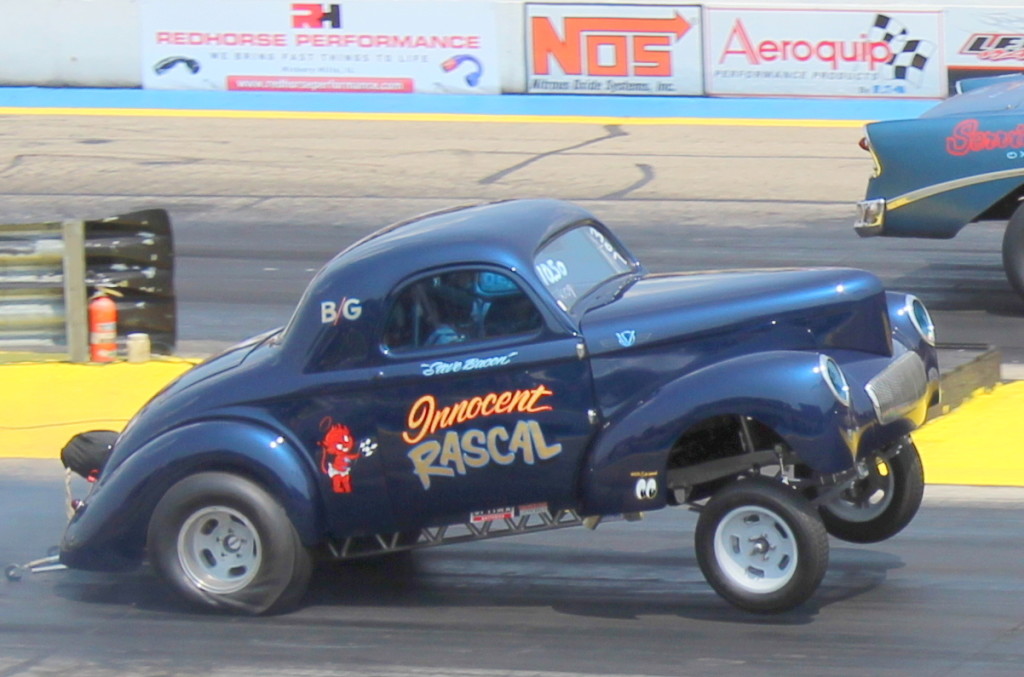 Everybody loves a Willys gasser. But did you ever wonder why the Willys became so popular starting back in the 60s with Gas class drag racers? When the popular Willys coupes were introduced in 1937 they were marketed as 40 MPG economy cars. 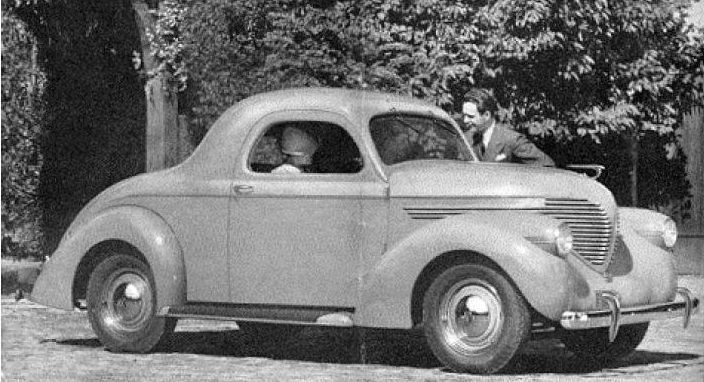 With a 61 HP 4-cylinder engine capable of zero to 60 in 18 seconds, they didn’t get an MPG figure that was double what most on the road had through advanced engine technology. It was simply through light weight! And that’s what made them popular with gasser builders. 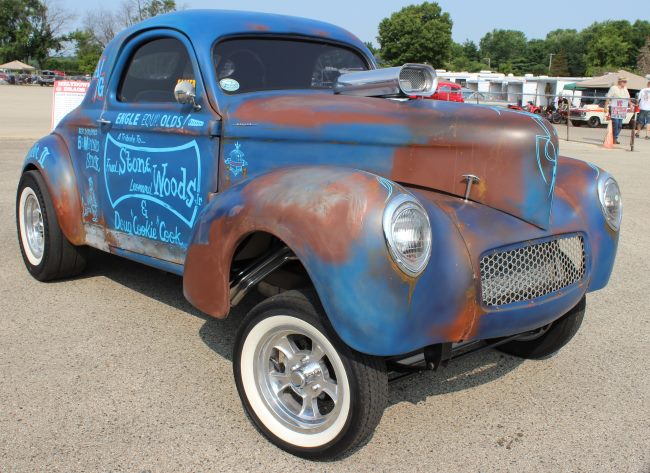 With a curb weight only slightly less than a Model A of a decade earlier, the Willys also had better steering and brakes. More importantly, though, it was much more streamlined than a Model A or Deuce which had front fenders that were as streamlined as running into the wind with a sheet of plywood. 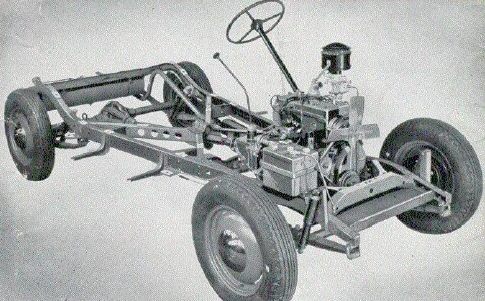 Take a look at the stock Willy chassis above and note that the side frame rails use only C-channel construction with thin 7/64″ material! 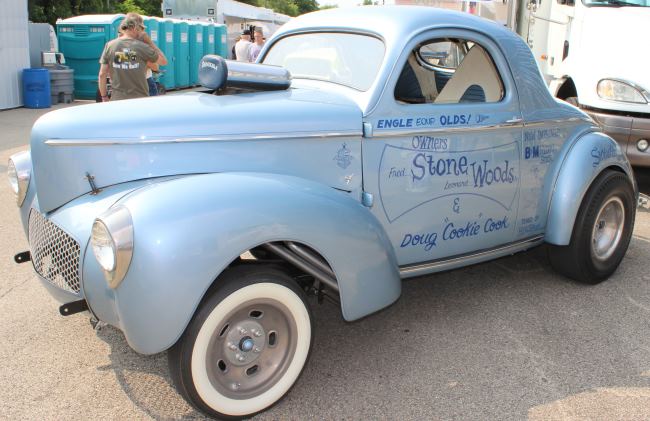 Today, though, even with a mild 350 HP engine you’ll be increasing your Willys’ horsepower by over 500% and it’s weight by over 25%. Get ready for some problems: not only in handling and potential failure, but also your body work getting torqued and paint cracked — to say nothing of keeping doors aligned and opening. Hey, even if you’re thinking additional crossmembers and reinforcement, just remember that it’s just an addition on a thin steel frame that’s 75 years old! After a few years of mishaps even the NHRA changed the rules to allow Willys Gasser owners to ditch the original flimsy frame. 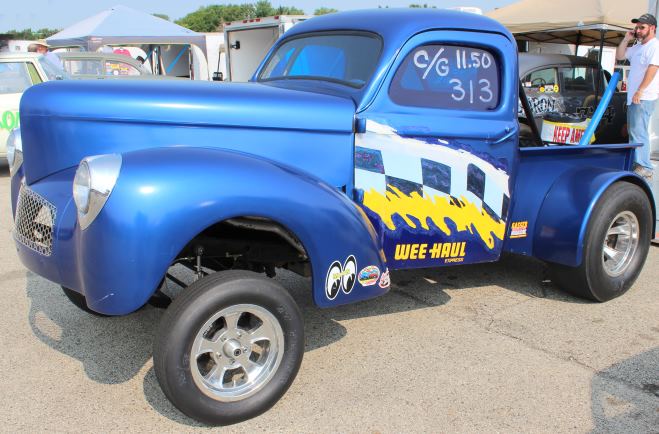 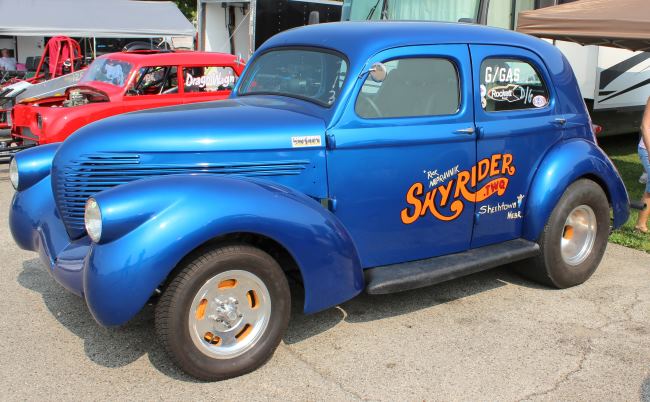 And our plans can be used to build a modern chassis for a 1937 to 1942 Willys coupe, sedan or pickup truck. 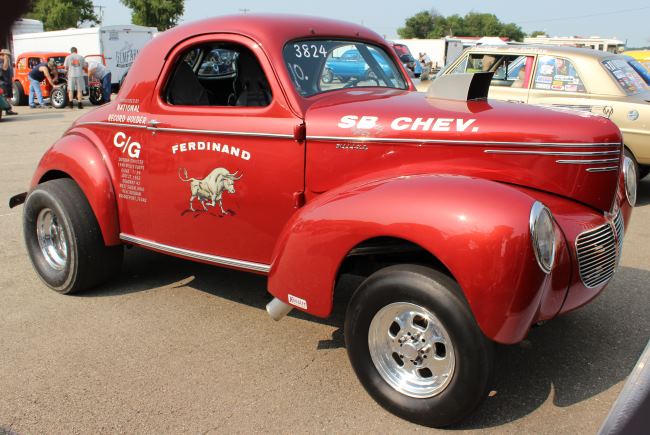 If you’re shopping for a newly built Willys Gasser chassis, though, get ready to spend over $5000 for something that was designed only for the drag strip. But, there’s a better, much cheaper way.

This plan set shows you how to build either standard width main frame rails or the Pro Street version to accommodate large rear tires, 4 important strengthening crossmembers, including a driveshaft loop for safety, as well as body mounts to go with most available fiberglass Willys bodies.

The plans are not only detailed, but also versatile to cover the many different ways you may want to custom tailor your 1937 to 1942 Willys frame.

The drawing package includes: Fourteen (14) big 11×17” pages showing you how make all parts, assemble them and then install the finished product successfully on your car. In addition to the drawings you also will receive full installation instructions, bill of materials as well as important information on how to make the options you choose work for your car.

If that’s not enough, the plans also include in exact detail how to lay out an assembly table just for your Willys gasser frame to assure its proper alignment, as well as final assembly instructions.

Order your Willys Gasser Frame Plans today by clicking on the “Add to Cart” button.